Transfiguration Cathedral of the Mirozhsky monastery.

The world famous frescoes 12 century of its Cathedral of the Transfiguration occupy an important place in the history of Russian and world culture. 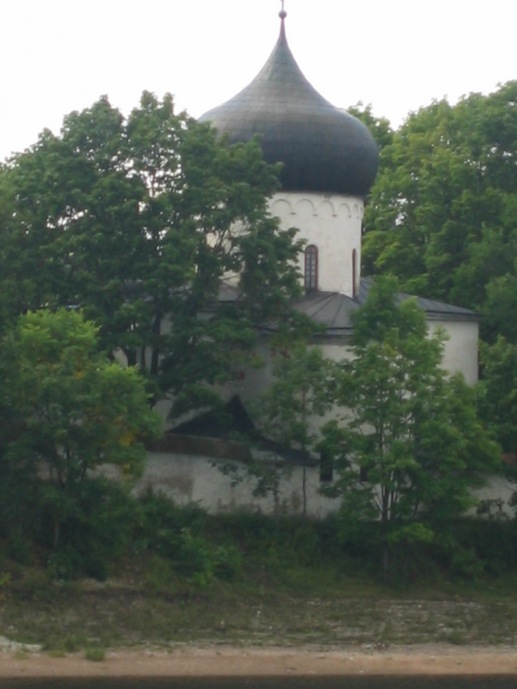 Mirozhsky monastery was founded in the 12th century. Mirozhsky Monastery situated on the left bank of Velikaya (Great) river. It not only was the most ancient and one of the richest monasteries in Pskov, but also a significant cultural center. It took a few centuries to construct the monastery buildings. The most ancient of them, the Cathedral of the Transfiguration of Our Savior, was commissioned by the Archbishop Niphont of Novgorod and built in the 12th century. On the architectural style the Cathedral differs from all the churches not only in Pskov, but also in entire Ancient Russia. Niphont, who was of Greek origin, wished to built a church according to the Byzantine pattern in Russia. The walls of the Cathedral of the Transfiguration of our Savior are decorated with the frescos. They were painted by the Byzantine artists in the middle of the 12th century. 80 % of the original frescos have survived. Mirozhsky monastery is included in the UNESCO list of the most outstanding architectural landmarks of the world.