The legend of St. Olga, who founded the city of Pskov, photos

There are no written documents about how the history of Pskov started. Some historians consider St. Olga according to the legend was the founder of Pskov, others have a different opinion. Pskov was first mentioned in the chronicle in the year 903, in the connection with the marriage Kievan Prince Igor Rurikovich on the Olga from Pskov. The legend describes how romantic was this meeting of Olga and the young prince on the ferry across Velikaya River. Prince Igor was hunting. He has been seen that on another bank of the river Velikaya are much more wild animals. Igor decided move there, but in ancient times there are no bridges on this river, prince has been seen a boat and called that man, who was in the boat. When boat was near with prince Igor, he was wondered, there was a girl in the boat. She was young and so beautiful, lovely and cute that Igor immediately fall in love to this girl, whose name was Olga. They have a much time for conversation still they go from one bank river to another bank, because the river is wide. Igor understood Olga not only beautiful but and very clever and wise. Prince Igor promised Olga to marry her and we exactly know from the chronicle that he fulfill his promising.

The legend about St. Nicholas who saved Pskov city from the anger of Ivan IV.
St. Nicholas had saved Pskov from being destroyed by Ivan the Terrible's troops. After the cruel executions a pogroms committed in Novgorod the Tsar accompanied by his retainers was on his way to Pskov.
A legend states that Nicholas rode a wooden stick back to the tsar, constantly repeating: "Ivanushko, have a bread and salt, not Christian blood!" The tsar ordered to size him but the blessed turned invisible.
Having visited St. Trinity Cathedral he came to see blessed Nicholas in his cell. Nicholas blamed the tsar for being so cruel.
The legend says that Nicholas offered a piece of raw meat to the tsar. The tsar refused: "Though I am tsar, I don't eat meat during Lent".
Nicholas replied: "I know you are tsar, and maybe you don't eat meat during Lent, but you do much wors. You feed yourself with human flesh and drink human blood. He predicted misfortunes for the tsar and the last left the city immediately. After blessed Nicholas died, he was buried with Pskov's princes in Trinity Cathedral.

Learn something new. There are old fortresses and monasteries to read about. The pictures are splendid and make the site interesting and fun to navigate. 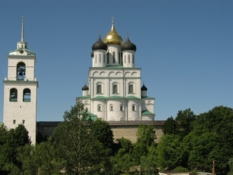 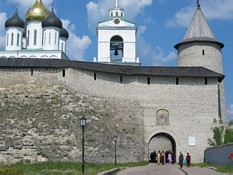 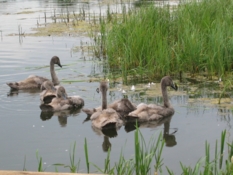 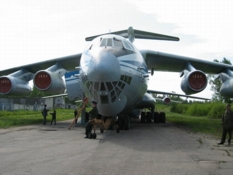 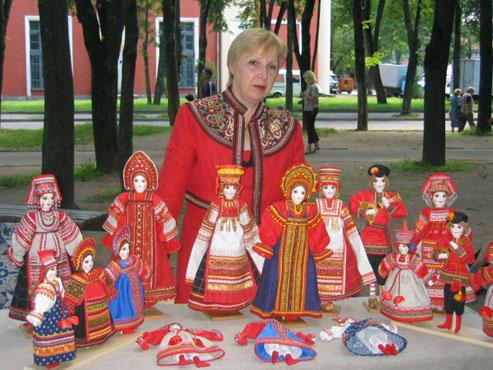 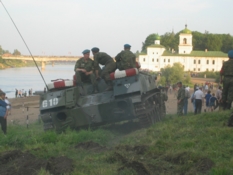 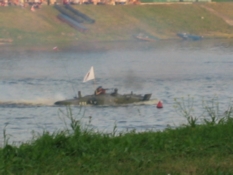